Zen-Noh’s mission is to introduce the best Japanese agricultural products to the world. In partnership with expert producers, Zen-Noh has curated a selection of amazing and unique craft beverages to showcase the versatility of drinks produced with made-in-Japan ingredients. From Z1 Sake, “Designed in London and Made in Tokyo” with Ozawa Brewery, to Kome Biru Craft Beer, created in partnership with the New Zealand-based Yeastie Boys and made using Japanese rice, to Kyu Japanese Gin infused with Japan-grown cucumber. 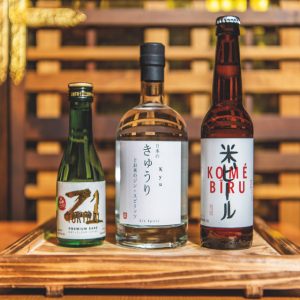